What Happened To Our Families? 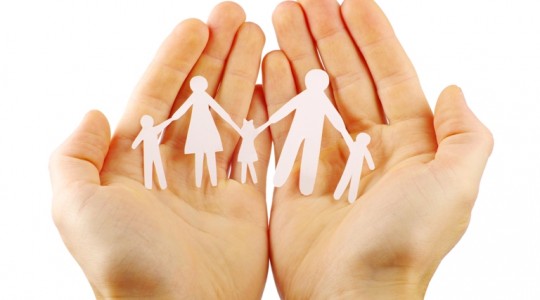 Parents, guardians and grandparents have a big influence on their children. .Ahaziah was the 9th king of Israel. He was the son of Ahab and Jezebel. He followed policies which showed evidence of his mother’s pagan influence. After reigning only two years, he “fell through the lattice of his upper room in Samaria” and was seriously injured. Sending his messengers to ask Baal-Zebub, the god of Ekron, about his recovery, Ahaziah was frustrated when the prophet Elijah interrupted their mission and prophesied his death. Enraged by Elijah’s predictions, Ahaziah tried to seize him, but the men sent to capture the prophet were destroyed by heavenly fire and Elijah’s prophecy was quickly fulfilled (2 Kings 1:9-17). The point is, he was influenced negatively by his parents.

The world’s evil is knocking on our front doors and asking if our children are home. It wants to bombard them with alluring messages about cults, contraceptives (esp. condoms), open marriage, gay liberation, drinking, drugs and violence. The messages are there and we can’t deny it

Are the pressures today much different from the deadly lion and bear that fought a shepherd boy named David? After those tests of courage, he stood against Goliath and won. Later, he refused to take vengeance against the demented king who sought his life. What child has matched the disappointments and temptations handed to Joseph? Despised by his brothers, sold into slavery, blatantly tempted by Potiphar’s wife, he stuck by his commitment to his master and landed in jail. Or what child dares to be a Daniel, maintaining his stand for the God of Israel at the risk of his neck? Or Queen Esther, probably a teenage beauty who was hustled away to the king’s harem?

How many of our teenagers, like Samuel, could survive the care of a priest whose two sons turned out to be scoundrels? Somewhere along the line, in their early home training, these famous young people of the Bible had been greatly influenced in a godly way. Daniel came from a priestly stock. David’s father, Jesse, feared Jehovah. Hannah prayed for Samuel. Mordecai visited the palace to encourage Esther. These parents influenced their children’s lives significantly and that gave them the strength to stand when it became necessary.

While it is true that our children are free moral agents and they must make their own choices in life, many of their choices that have led them in the wrong direction have been based largely on the influence that parents, guardians and grandparents have had on their lives. Because some parents have not significantly influenced their children for righteousness and the cause of Christ, they are making choices that are leading them in a direction that is totally opposed to righteousness, Christ and truth. In short, they are making decisions that are leading them toward the path of destruction.

1 Timothy 4:12 Paul exhorts Timothy to (Amp) – “be an example (pattern) for the believers, in speech, in conduct, in love, in faith and in purity.” I believe in the place of believers we could easily insert the word children. We are in essence called upon to be MODELS to our children, of what it means to be a Christian. As Christian parents we are called upon, by God, to be examples of the true and living God to our children. What we as parents need to do is make a change and start influencing our children for righteousness, truth and for Christ.