Home   Body of Christ   We Don’t Celebrate Easter; We Celebrate The Resurrection 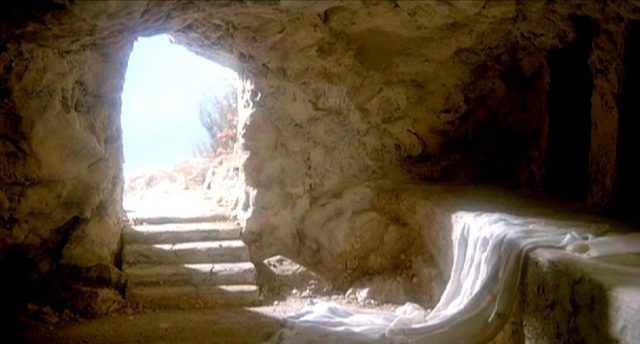 The resurrection of Jesus is the hub around which all Christianity turns. Many get excited about Easter, we, the believers don’t celebrate Easter, rather we celebrate the truth that Jesus is alive!! Death has been defeated and the empty tomb stands as a monument to who Jesus was and is. Although the resurrection has been challenged time and again, it has withstood because of the historical evidence which demands consideration.
The resurrection proves Christ’s deity. Without Christ’s resurrection, His deity could be debated, the doctrine of salvation could be destroyed, and the Bible could even be denied. Had Jesus just died and stayed dead, He would be like all the other religious leaders. The world could say He is no different from Mohammed, Buddha and Confucius whose graves are all occupied! We don’t worship a grave of bones but an empty tomb of blessing. Jesus of Calvary is the Jesus of the empty tomb. He is the giver, the creator, the Lord of life. He has defeated death. “O death where is your sting, grave where is your victory?” For human beings, death generally brings with it a sense of finality. The grave is where we leave our remains. Death seems to always get us. Be clear about this, the resurrection is a singular event that sets believers apart from all other religions. That’s why all of Satan’s guns are aimed at discounting this event. Consider the theories which have been propagated: the swoon theory, the wrong tomb theory, the stolen body theory, are a few. The truth is that the Old Testament prophesied it, Jesus Himself predicted it, God performed it, and the entire history of mankind is built around it.
The resurrection provides a way of salvation. It is true that Jesus died for our sins, it is equally true that He was “raised for our justification – to make us right. Romans 4:25; 1 Peter 3:18-19, “For Christ died for sins once for all, the righteous for the unrighteous, to bring you to God. He was put to death in the body but made alive by the Spirit,” The Bible says our payment for sin is death. Had He stayed in the ground, death would have won. If he were there today, there would be no salvation, justification, hope nor life. If it is true (and it is) that the wages of sin is death, then we’re dead! But listen, Jesus has been dead before. Because He died, we do have to die in our sins. Because He lives, we can face tomorrow. Fear is gone, and life is worth living.