Home   Body of Christ   He is Risen 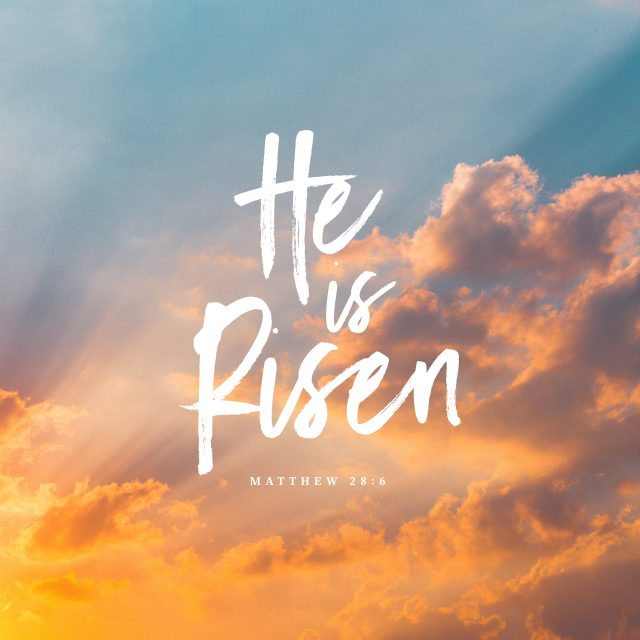 Christ is risen! He is risen indeed! The resurrection of Jesus Christ is central to the Christian faith as it proved that He was exactly who He claimed to be and had accomplished what He came to accomplish. When the price for a valuable item is paid a receipt is given as proof of payment. The resurrection is the receipt that the full payment for sin has been made. Jesus’ resurrection guarantees our resurrection and is our only hope of eternal salvation and being with God in glory forever. Christ’s victory over death is also our victory and because He lives we will also live. Christ is risen, hallelujah, He is risen indeed.

The resurrection of Christ confirms that God has accepted His sacrifice for the forgiveness of sin. He fully paid the price for sin and “He is able to save to the uttermost those who come to God through Him, since He ever lives to make intercession for them”. (Hebrews 7:25) If Christ is not risen from the dead, then He has no power to pardon or save the sinner. God’s forgiveness and salvation is to every repentant sinner who puts his faith in Christ as “He was delivered up because of our offences, and was raised because of our justification”. (Romans 4:25)

The resurrection of Christ is our only hope of a new life as Christians.

Jesus Christ came to earth in a supernatural way and left it the same way. His birth was natural but His conception was supernatural. His death was natural but His resurrection was supernatural. There was no way that He could remain in the grave because He did not come from the dust. Jesus Christ had to return to heaven because He came from heaven. The resurrection of Christ confirms that the Word of God is true. It confirms that Jesus Christ is the Son of God as He claimed to be and that He as God has power over sin, Satan and death. If that power that raised Christ from the dead lives in us we should be living the life of Christ. As believers we have the spirit of life, which is able to bring everything that is dead in us back to life and assures us of a new life in Christ. The witnesses of Christ’s resurrection worshipped Him. Worship is the only proper response to the risen Christ. Let us celebrate His resurrection today by worshipping our risen Lord. The Lord is risen, He is risen indeed. Hallelujah. Amen!